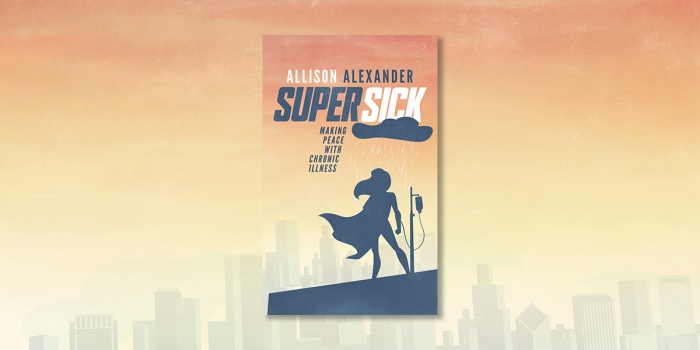 A subject very close to my heart today – as I live with a chronic illness myself!

I got the chance to put some questions to Allison Alexander about her book, Super Sick, which deals with the representation of chronic illness and making peace with living with it.

Blurb:  Superheroes aren’t sick. They don’t lie in bed all day because they’re in too much pain to get up. They don’t face the challenges of the chronically ill, which include socially inappropriate topics like mental illness, sex, and diarrhea. The latter, of course, would be exponentially worse in a spandex suit.

Allison Alexander, who has struggled with a chronic illness since she was a child, wants to see herself in her heroes and searches for examples of sick characters in pop culture. She weaves her own painful experiences with stories from other chronic sufferers, engaging with how society values healthiness, how doctors don’t always have answers, and how faith, friendship, and romance add pressure to already complicated situations. If you’re a fan of Marvel, Harry Potter, Final Fantasy, and other stories from pop culture, you may find some familiar references inside.

Journey through sage stories as Alexander makes peace with her illness despite a culture that suggests she’s worthless unless she’s healed.

Sounds super-relatable to me!  Let’s see what Allison had to say…

Do you have any writing quirks / odd writing habits?

My strangest quirk is the way I sit when I’m at the computer—either cross-legged, with my feet tucked under me, or like L from Death Note. I’m sure these positions look very odd! For the writing itself, I tend to be very organized. I love Scrivener.

What do you like to do when you’re not writing?

I’m a big ol’ gamer. Some of my favourite series are The Legend of Zelda, Mass Effect, and Dragon Age. I also do a lot of co-op gaming with friends. Right now, we’re working on a multimillion-dollar farm in Stardew Valley together (I proposed to my husband in the game and our characters have a baby named Han and a dog named Chewie). I read and watch a lot of SFF. I also enjoy painting with acrylics and watercolour.

What do you most love and/or hate to write?

I most love writing fiction. I also most hate writing fiction. I love it because I enjoy story and worldbuilding and getting into the head of a character. I hate it because I want to automatically excel at it (and sometimes I feel pressure, like I should be great at it already because I’m a fiction editor, but editing and writing are very different). I get frustrated when it’s not immediately perfect! I’m looking forward to working more on my fiction writing over the next year (and including some characters with illnesses and disabilities!).

Do you read your book reviews? How do you deal with bad or good ones?

So far, I’ve read a few by bloggers (the ones I’ve been tagged in on social media), and they’ve been lovely. I’m hesitant to go on Amazon or Goodreads and read anything there. For one thing, those reviews are for readers, not for me. For another, you can read a hundred good reviews, and the one bad review will be the one that gets stuck in your head. My book is so personal; I share a lot of embarrassing details about my life and illness, and it would probably ruin my day to see someone hating on it. So I’ll do my best to avoid them.

What is your favourite book (other than your own)?

Oh dear—just one? I read a ton of SFF and have so many favourites. Sabriel by Garth Nix, the Harry Potter series by J.K. Rowling, and Howl’s Moving Castle by Diana Wynne Jones spring immediately to mind. My more recent favourites are All Systems Red by Martha Wells (a delightful sci-fi about an anxious robot) and The Priory of the Orange Tree by Samantha Shannon (an epic fantasy with dragons, queer romance, and gorgeous prose).

Which author do you feel deserves more love than they get?

I don’t know if she’s underrecognized (her book is getting translated into all sorts of languages, which is awesome), but I’ve seen Samantha Shannon get criticized for the size of The Priory of the Orange Tree. The thing is, it’s epic fantasy. Epic fantasy is supposed to be long (think George R.R. Martin’s Game of Thrones or Robert Jordan’s Wheel of Time). In fact, Priory is shorter than A Game of Thrones, and I particularly love that it is standalone, so it doesn’t even take the massive time commitment of those other series. The only reason I can think of that Priory gets criticised and these other books don’t is that the author is a woman. Women are supposed to only write bite-sized YA or romance, I suppose? I love this book, and I love that it challenges the status quo in so many ways.

What was your favourite book as a child?

I read and re-read the Deltora Quest series by Emily Rodda as a kid. Fantasy, quests, challenges, puzzles, adorable pet whose only purpose is to be adorable—it has it all!

What book is top of your TBR pile right now?

A Curse So Dark and Lonely by Brigid Kemmerer. I’m told it features a character with a disability.  (It does! I’ve read this one and reviewed it here!) 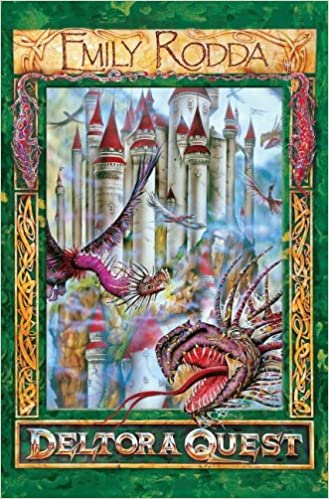 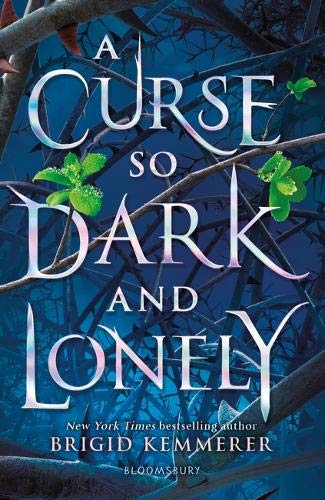 With regards to THIS book:

I enjoy writing about pop culture and drawing connections between stories and my experiences, so when I was deciding how to structure my book, I liked the idea of picking a fictional character as an example for each chapter’s topic. But when I started brainstorming characters, my list was very short, and my struggle to find examples became part of the book itself. I’d been aware that characters with disabilities were scarce before, but I hadn’t thought about it that deeply or considered what that meant to me and other people with chronic illnesses until I started writing this book.

I followed your launch blog tour with great interest, and noted a checklist for authors writing characters with chronic illnesses or disabilities. Could you tell me a bit more about that?

I wrote a checklist that authors can use when they are creating characters with disabilities. It’s meant to help them avoid tired tropes that are disheartening and inspire three dimensional, empowered characters who have disabilities. You can access the list (and a discussion of one of my favourite characters, Toph Beifong from Avatar: The Last Airbender) by signing up for my newsletter!

I am also an editor at a small press and I regularly write articles on their blog for aspiring authors. There are several recent articles on writing characters with disabilities there as well.

Did you learn anything new about your subject matter (or something that particularly excited/interested you) when researching and writing this book? Which character resonated with you the most on a personal level?

I learned so much! For one thing, writing is a way in which I emotionally process things, so I worked out some of my own trauma by writing several of these chapters. I also learned a lot by interviewing other people—everyone’s experience with illness is different.

The chapter I wrote on gender bias in medicine was one of the most eye opening for me. I vaguely knew this bias existed, had experienced it myself, but didn’t realize how prevalent it was. In research, I read a lot of studies on the topic and some books by some amazing women (such as Ask Me about My Uterus by Abby Norman and Doing Harm: The Truth About How Bad Medicine and Lazy Science Leave Women Dismissed, Misdiagnosed, and Sick by Maya Dusenbery). The fact that these biases exist is really frustrating, but good to be aware of. 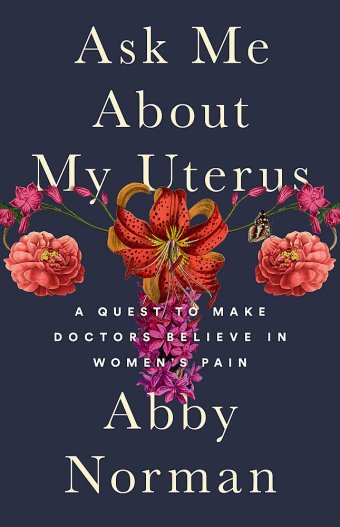 Is there anything else you would like new readers to know before they open your book?

I would love to know your favourite disabled or chronically ill character from fiction!

Mine is Yannia Wilde, from Laura Laakso’s Wilde Investigations series.  I love the urban fantasy/mystery cross-genre anyway, and Laakso’s main character is a complex and compelling one, who lives a full life whilst dealing with the frustrating realities of her chronic illness.  My review of Fallible Justice (Book 1) is here.

Thank you so much for taking the time to chat to me, Allison.  I can’t wait to read and review Super Sick!