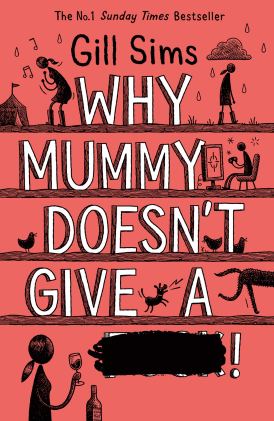 I’m wondering how many more f*cking ‘phases’ I have to endure before my children become civilised and functioning members of society? It seems like people have been telling me ‘it’s just a phase!’ for the last fifteen bloody years. Not sleeping through the night is ‘just a phase.’ Potty training and the associated accidents ‘is just a phase’. The tantrums of the terrible twos are ‘just a phase’. The picky eating, the back chat, the obsessions. The toddler refusals to nap, the teenage inability to leave their beds before 1pm without a rocket being put up their arse. The endless singing of Frozen songs, the dabbing, the weeks where apparently making them wear pants was akin to child torture. All ‘just phases!’ When do the ‘phases’ end though? WHEN?

Mummy dreams of a quirky rural cottage with roses around the door and chatty chickens in the garden. Life, as ever, is not going quite as she planned. Paxo, Oxo and Bisto turn out to be highly rambunctious, rather than merely chatty, and the roses have jaggy thorns. Her precious moppets are now giant teenagers, and instead of wittering at her about who would win in a fight – a dragon badger or a ninja horse – they are Snapchatting the night away, stropping around the tiny cottage and communicating mainly in grunts – except when they are demanding Ellen provides taxi services in the small hours. And there is never, but never, any milk in the house. At least the one thing they can all agree on is that rescued Barry the Wolfdog may indeed be The Ugliest Dog in the World, but he is also the loveliest.

More relatable parenting fun from the fabulous mum-blogger who gave us Peter and Jane (and Judgy Dog, of course!).

This third time around, Ellen’s adventures are as funny, cringy and instantly recognisable as ever – packed with Sims’ irreverent humour when it comes to the disasters of Mumlife.  There are some notable differences too…

Peter and Jane are older now.  Ellen’s issues with them revolve less around making sure the Moppets have their PE kit and not nits, and more around stalking Jane’s Instagram for boyfriends and attempting to mask the smell of teenage boy from Peter’s room.  There are still hilarious challenges to face, mistakes to be made, and plenty of love and giggles.  It’s just that the characters have evolved and said challenges are now different.

Similarly, Ellen and Simon’s relationship has also changed over the course of these books.  In many ways, now that the Moppets are older, Ellen’s relationship with her husband and the other adults in her life has gradually slid to the forefront and nudged her parenting battles over a little bit.  So this story sees Ellen doing less frantic firefighting of school runs and PTA demands, and more searching for her own happiness and a new role in life.

One thing that never changes is Gill Sims’ witty style that helps to lighten even the more serious and touching moments in the book, and speaks instantly to the hearts of mums who worry that they’re not quite #nailingit and struggling to feel #soblessed.

I would happily follow Ellen’s adventures right through to the challenges of great-grandmotherhood and the horrors of the cliques in the Nursing Home canteen!  😉

‘It’s one little field mouse,’ said Peter, who had pulled the sofa out and was looking at the mouse.  ‘It’s sweet, Mum.  Can I keep it?’
‘No!  You can’t keep the bloody mouse.  Anyway, it probably has a family waiting for it to come home.’
‘You didn’t care about that when you were shouting about traps,’ said Peter reproachfully, as he picked it up and took it outside.
I went to find Judgy, and found him sitting in Peter’s bed, as all the other bedroom doors were closed.
‘You know, Mum, a psychologist would probably have a field day with the way your dog thinks he’s a person and your children end up doing the dog’s job,’ said Peter.
‘Shhh,’ I said.  ‘Don’t let Judgy hear you saying he only thinks he’s a person.  He will be upset.’
Oh God.  I’m sure Felicity Kendal never had these problems.  But then again, she never actually went Proper Country, did she?  She just stayed in Surbiton and annoyed Margot. 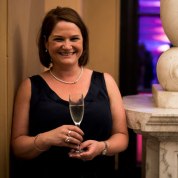 You can find more from Gill Sims at her blog here or follow her on Facebookand Instagram.

Why Mummy Doesn’t Give A **** is available on Amazon right now!

Check here for my reviews of Gill Sims’ previous books Why Mummy Drinks and Why Mummy Swears.