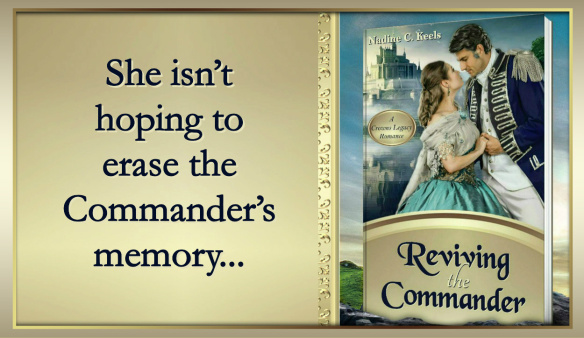 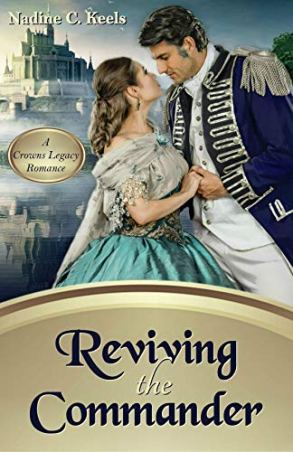 She isn’t a beautiful young maiden hoping to erase the Commander’s memory.

Opal Whilstead knows she has a reputation: a reputation as a bright, giving, upright woman—smiling and laughing her way through hopeless spinsterhood. It’s been so long since she’s had serious feelings for a man, but now she finds herself taken with the Commander Exemplar of Diachona’s army.

And she regrets it.

Not only is the Exemplar a widower still longing for his wife, but he’s the father of the reigning king. Even if a man of such prestige could find love again, he’d be unlikely to search for it among the kingdom’s old maids. Besides, Opal dreads being found, due to a grievous secret she carries…

This book is inspirational historical fantasy: fictional history that takes place in a completely fictional world. The background of this story comes further to light in The Movement of Crowns Series, which is great to read before or after this book.

This is a sweet, lovely mature romance, which avoids the clichés and tired, old tropes you get from some clean fantasy novels featuring ‘bright young things’ finding love for the first time.

Opal and Staid are both older, wiser and have already dealt with plenty of challenges in their – very different – lives.  There is no silly drama or game-playing between them; instead we see genuine emotional depth and some of the realities of adding a new family member to an existing circle that has suffered a traumatic loss.

I got a little bit of a The Sound of Music  vibe from the story: a widowed, noble father of six meets a gentle, good-hearted, virgin spinster, and the children both challenge their relationship and also help to spark it.

The writing is warm, witty and well-crafted and despite the fictional historical kingdom that forms the setting, the characters are real and believable.

I would definitely recommend this book to any gentle romance fans looking for a story about second chances at love, and historical blended-family romance.

She realized that in the circles she moved in, she was known as Opal, the bright and ever cheerful: visiting hospital patients, elderly citizens, and children in orphanages.  Opal, the ever present and dependable: preparing and delivering meals to families when they fell on hard times.  And (more quietly) Opal, the ever overlooked and hopeless spinster: attending church and social functions without a spouse or a beau.  For, people surmised in whispers, wasn’t it a sign of some hopeless issue if a woman so agreeable and upstanding had never been able to land herself a husband?  Ah, others replied in equally whispery tones, but not every woman had want or need of a husband, had she?  Surely, if one so bright and agreeable and upstanding as Opal Whilstead hadn’t entered the marriage estate by now, then spinsterhood must be her preference.  Yes?

Reviving the Commander is available on Amazon right now! 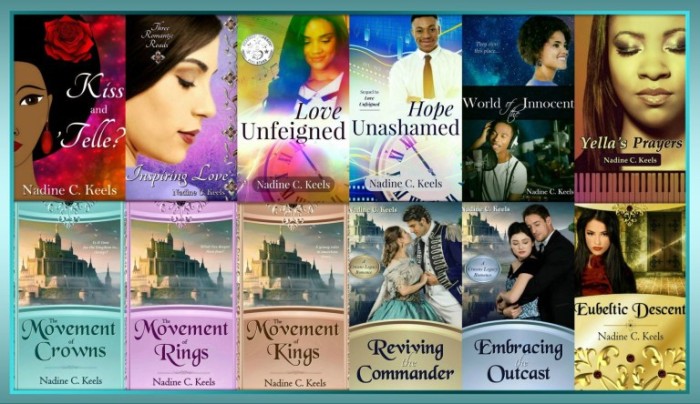 One thought on “Reviving the Commander – Nadine Keel”