*I received a free ARC of this novel, with thanks to the author, Joffe Books and NetGalley.  The decision to review and my opinions are my own.*

Blurb:  A faded country house in the middle of nowhere.

The guests are snowed in.

Withering and waspish, Ursula Smart (not her real name) gate-crashes her mother’s book club at an isolated country house for a long weekend retreat. Much to Mother’s chagrin. Joining them are Mother’s best friend, Mirabelle, Aunts Charlotte and Less, and Bridget with her dog Mr Bojangles. It doesn’t matter that they’ve read Gone Girl three times this year already, this retreat is their chance to escape bustling suburbia. But someone has other ideas.

A body is found in the grounds.

Is a lone killer hunting them? Or has one of their own group embarked on a killing spree?

What they need is to stop sniping at each other long enough to solve the mystery before the killer strikes again.

What they need is a guide to survive.

The Smart Woman’s Guide to Murder is what And Then There Were None might have sounded like if narrated by a macabre and self-consciously posturing teen (I couldn’t help thinking of Lydia Deetz as we meet her at the beginning of Beetlejuice).

Sure enough, Ursula, our narrator for the events of the story is my favourite kind of unreliable narrator, flatly stating that things are one way whilst giving the reader enough detail to clearly see for themself that the facts are otherwise (as an example, she is continually telling us that her mother feels one way, when her actions express the opposite).  But who is she fooling?  Herself, or us?  Or does she actually believe her own double-think version of reality?  It doesn’t take long for it to become clear that Ursula’s health issues affect her perceptions, perhaps as much as her personal biases do, and that some of her quirky mannerisms can find an explanation in her attempts to portray herself as ‘the normal one’.

A similar duality can be found in the tone and style of the writing, which swoops into high flights of overblown literary description, only to be brought back to earth with a bump as soon as the characters interject with their very modern, acerbic and acidic dialogue.  Poor Ursula’s pretensions stand no chance when up against Pandora, Aunt Charlotte and Mr Bojangles!

The plot is a golden-age murder mystery classic trope: a disparate group of characters find themselves cut off from the outside world and then picked off one-by-one as they respectively attempt to deny, avoid or investigate strange occurrences.  There was quite a lot of repetition when it came to both the investigation attempts and Ursula’s repeated health problems (the characters comment at one point on their repeated visits to search certain rooms in something of a meta moment).  It did slow the story down a bit to keep looping back in this way, but it also neatly reflected Ursula’s scattered thought processes as she attempts to lay out the narrative for us.

I found things became a little confusing towards the end, and the climax was (deliberately, I felt!) anti-climactic, but none of this affected my enjoyment of this unusual and witty mystery read, and I will definitely be keeping an eye out for a sequel!

We looked at Angel in bewilderment.
He continued unperturbed.  ‘She does a little fortune telling, tarot reading, matters of that nature.  Many of the guests adore it.  I can inform Mrs Angel if you have a preference for this.’
‘Well, I’d like to know when we’re going to start discussing the book,’ Bridget said sourly.
‘Not now, Bridget,’ Mother sighed.
‘Oh, I think it would be wonderful to invite the spirits in!’  Less held up her arms and the intricate system of bangles and charms stacked from her wrist to her elbow slid down, creating the very unflattering impression of a shower hose.
‘Don’t be ridiculous, Less.’  Aunt Charlotte regularly said this to Less.  It still didn’t stop her being ridiculous.
Less widened her mineral black eyes before carefully and coldly adding, ‘I’m a very spiritual person.  I just can’t help it.  It’s the way I am.’
‘Shall I enquire if she is available for this evening, Madam?’
‘Oh let’s!  Please, Pandora?  Oh, say we can?’  Less often adopted this annoying demeanour of a small Enid Blyton child – the kind you hoped would fall down a well.
Mother sighed.  ‘Let’s just let her have it.’
‘I would if I had my twelve bore,’ Aunt Charlotte muttered. 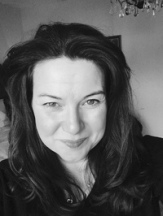 The Smart Woman’s Guide to Murder is available on Amazon right now!