*I received a free ARC of this book, with thanks to the author, Transworld Books – Random House UK and NetGalley. The decision to review and my opinions are my own.* 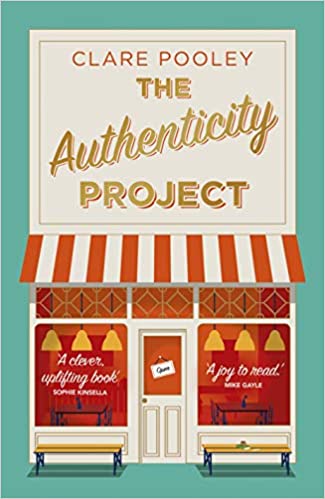 Blurb:  Six strangers with one universal thing in common: their lives aren’t always what they make them out to be.

What would happen if they told the truth instead?

Julian Jessop is tired of hiding the deep loneliness he feels. So he begins The Authenticity Project – a small green notebook containing the truth about his life.

Leaving the notebook on a table in his friendly neighbourhood café, Julian never expects Monica, the owner, to track him down after finding it. Or that she’ll be inspired to write down her own story.

Little do they realize that such small acts of honesty hold the power to impact all those who discover the notebook and change their lives completely.

What a clever hook!

An old man leaves a green notebook in a cafe to be picked up by whoever happens upon it.  Inside he tells his truth, revealing his loneliness to an unknown stranger and leaving what happens next up to them.  Gradually the book is passed from person to person, and the individuals who dare to write their own truths in the notebook find themselves inextricably linked together in a chain of disparate – and in some cases, desperate – strangers.  What follows will change all of their lives, but whether for the better or the worse is yet to be seen.

The characters here are all fabulous: each one engaging and interesting, with their own quirks and flaws.  There is Julian, the lonely and fabulous aging artist; Monica, the reserved perfectionist who secretly longs for a family of her own; Hazard, the addict trying to get his life back onto a healthier track; Riley, the laid-back Aussie wanderer;  Alice, the Instagram yummy mummy with her baby Bunty accessory; Lizzie, the nosy nanny; then the many delightful side characters, like Benji, Baz and Mrs Wu – each one an individual and a delight.

We are taken from chapter to chapter through the different character’s lives as they take their turn with the Project and also look back and meddle with what went before them, so we get to see different perspectives on each character and build up a full and intimate picture of their regrets and desires.

The whole story is infused with the warmth of community, neighbourliness, looking up from your own concerns and looking out for others, and  – as the title suggests – the importance of honesty and openness in making changes for the better.  Here is friendship, acceptance, understanding, and even some romance, leaving the reader feeling like they’ve been hugged by a close friend.

Recommended to anyone who loves a good people-centred story about the kind of families we make for ourselves when we really take the time to look at the strangers around us.

She had tried to return the book.  As soon as she realized it had been left behind, she’d picked it up and rushed after its extraordinary owner.  But he’d gone.  He moved surprisingly swiftly for someone so old.  Maybe he really didn’t want to be found.

It was a plain, pale-green exercise book, like the one Monica had carried around with her at school, filled with details of homework assignments.  Her friends had covered their books with graffiti of hearts, flowers and the names of their latest crushes, but Monica was not a doodler.  She had too much respect for good stationery.

On the front cover were three words, beautifully etched in copperplate script: 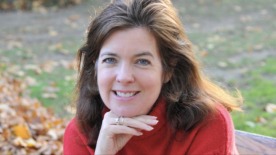 The Authenticity Project is available on Amazon right now!