Hands up who loves graphic novels?  RPGs?  Fantasy adventures packed with original characters and ideas?  All of the above?

Yep, me too!  Which is why I am very excited about the upcoming Kickstarter from the minds of Alon Barzilay and Ron Gerber, and the pen of Amir Levi.

RPG Origins is a stand-alone graphic novel set in the world of the Station, a brutal meta-city where all legendary role playing characters originate: warriors, clerics, rogues, wizards, and all others.  In the Station, from which trains to all role-playing games depart, the Game is a religion and a way of life. Faith commands the Origins to venture into the Game, where they will evolve into the roles they were destined for. Before these characters entered the games and took on a role, they were someone else. Their life in the Station was supposed to prepare them for the role they were destined to play.

At least, it should have…

RPG Origins is the debut Graphic Novel from the minds of Alon Barzilay and Ron Gerber, brought to artistic life by Amir Levi. The first part of the guide follows the exploits of the young Pashad as he makes his way through the world of RPG Origins until he finally boards the train that will take him to the game where his role awaits. Pashad’s origin is that of a low-life thief who does his best to avoid accepting the destiny awaiting him, entering the RPGs and evolving into a warrior, but events conspire against him.

After accepting his fate, Pashad wrote a survival guide for the Origins who would come after him and eventually evolve into RPG characters. The guide begins with Pashad’s story a walkthrough of how to survive in the station. The rest of the guide is an encyclopedia of life within the station. The guide explains the Principles of Evolution, the religious-like faith prevalent in the Station, teaching Origins how to recognize and accept their role. They learn how to grow from a young Origin to an RPG character with a unique look and a set of qualities. When their invitation comes they hand this guide to the next generation of Origins to help them as it has helped those before.

The survival guide contains a lot of valuable information on supplies, places to explore and things Origin characters need to know, but it can’t prepare them for their personal journeys towards accepting an invitation to play a role in the Games. An Origin character’s mission is to create their own origin story. The search for one’s role can be an emotional experience with many unexpected turns. Once someone enters the Station, they rarely leave until they are invited to play a role; whatever happens in the meantime is their origin story.

RPG Origins began in Tel Aviv when Alon and Ron met at film school. Both were looking for their first feature film project. They saw the stories that surrounded superheroes, their origins and lives before, and wondered about the origins of famous characters in other genres, specifically RPGs.That was the birth of RPG Origins. It started as a movie script. Alon and Ron shot test photos which became the base of the graphic novel when Amir Levi suggested a different medium for the story. Stephen Mayo was introduced to the project through a mutual friend and came on board to help with the online presence and editing. He lives in Billings Montana and brings the Midwest American perspective to the group.

Now the team is ready to introduce everyone to the world of RPG Origins where they can see legends before they were legends, the beginning of the story.

The team will be launching a Kickstarter to fund the publishing of a beautifully printed hardcover. The graphic novel is over 200 pages and is filled with magnificent illustrations of the story, original origins cards, and a complete illustrated RPG origins survival guide.

“We designed ‘RPG Origins ‘ to inspire rpg lovers to act and create their own origin story of their loved rpg character.” – Alon Barzilay (co-writer).

You can find out more about RPG Origins – and join the Kickstarter once it *ahem* kicks off – by signing up to news on the website here, or by following the team on Facebook, Twitter and Instagram. 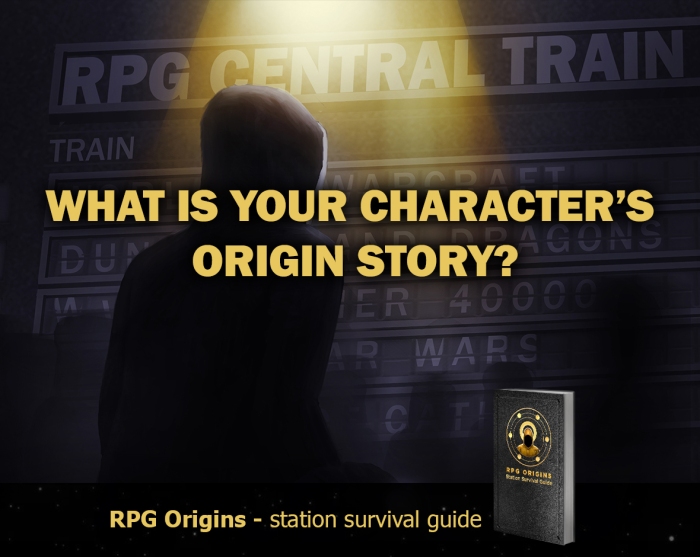