*I received a free ARC of this book, with thanks to the author and NetGalley. The decision to review and my opinions are my own.* 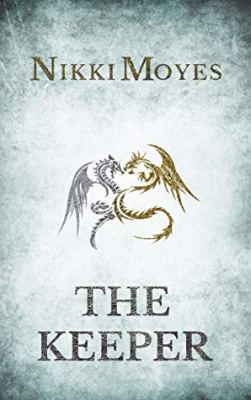 Blurb:  17-year-old Cassie never wanted to participate in the reality tele-program. She’d rather be making animal documentaries than be courted by three princes from rival planets each with their own agenda. But when Cassie’s crush, zoological researcher, Dennian tricks his way into the competition, she may not need her back-up escape plan. Dennian is used to keeping quiet, but as the competition takes a dangerous turn and contestants are forced to face their fears, the secrets that have kept him alive are revealed, but why is Dennian afraid of the Keeper? The Keepers of the Dragon Temple have advised Governor Suri, ruler of the Universe, for a thousand years. A Keeper can’t die until an apprentice takes his place and the current Keeper has a string of dead students. When rumours of the Keeper’s demise reach one of the princes, Cassie and Dennian are drawn into the political conflict. Only two people know what has really happened to the Keeper and Dennian isn’t talking.

The Keeper feels like two very different stories welded together.

On the one hand we have a fascinating fantasy story set in a futuristic world of multi-planetary diplomacy, telepathy, shapeshifting and genetic manipulation. This story thread centres around the mysterious Dennian and his shrouded past; and promises a huge power battle related to the Keeper’s role and status.

The other story thread is a somewhat forced romance between schoolgirl Cassie and the mutely brooding Dennian, leading into him crashing a reality TV show starring Cassie as the victim/star who is to be married off to the winning contender.

I really hated that Cassie’s mother apparently cares so little for her daughter that she is not only willing to sell her into marriage to secure a house, but when her daughter’s one true love manages to finagle his way into the running and thereby offers a potential win-win scenario for both Cassie and her mother, her mother is willing to scupper his chances purely to squeeze a tiny bit more money and prestige for herself.  I felt a lot of rage.

That said, I found it hard to buy into Cassie and Dennian’s relationship anyway.  I definitely enjoyed the characters individually, but I just didn’t get a feeling of chemistry between them, and the way they meet through Cassie shadowing him for a school-project, then leap straight into a potential marriage scheme feels really rushed and a little uncomfortable.  I got more of a mentor/trainee vibe from the characters than a sexy loving one, and was relieved when the fantasy plotline distracted from their flirting.  I think that Cassie would have to mature and become a bit more proactive about her fate in order to make a realistically equal match for action-hero Dennian – master of all things!

In terms of the two plots: the reality show was actually engaging (and occasionally enraging) and good fun, and the challenges were a little more I’m a Celebrity than The Batchelorette, so there was some real tension and danger.  The political fantasy plotline – featuring Governer Suri and the Keeper, dragons and tigers – was also enjoyable and had plenty of potential for developing in interesting ways in future instalments.

It’s just a shame that the two plots have been squished together, rather than getting their own book each, as the result is detrimental to both threads; leaving the reader confused and even cold.

I stand still so my movement doesn’t spook the notoriously temperamental animal and slowly check my tablet screen, hoping the zoological park has an emergency contact for people about to be eaten by wild animals.
Before I can call for help, the man touches his forehead to the large feline’s, before running a hand down its back.  It butts its head into his shoulder in response.  He stands as the cat prances away, and he backs out of the enclosure, locking the gate behind him.  I step forward before I remember I’m not meant to be here.
“How did you do that?” I ask.

The Keeper is available on Amazon right now!