Blurb:  After the tragic romance of Jane the Quene, the second book in The Seymour Saga trilogy, The Path to Somerset, takes a dark turn through an era in which King Henry VIII descends into cynicism, suspicion and fits of madness – and in which mistakes mean death.

Edward Seymour’s future is uncertain. Although his sister Jane bore Henry the son he’d sought for twenty years, when she died in childbirth, Henry’s good nature died with her. Now the fiercely ambitious Edward must carve a difficult path through Henry’s shifting principles and wives. Challenged at every turn by his nemesis, Bishop Stephen Gardiner, Edward must embrace ruthlessness in order to safeguard not only his own future but England’s as well.

This is the account of Henry’s tumultuous reign, as seen through the eyes of two opponents whose fierce disagreements over religion and common decency fuel epic struggles for the soul of the nation. And for power.

Well, considering that this is a historical novel and I therefore know how it ends for the main characters, this was one of the most nerve-wracking books I have ever read!  How everyone in Henry’s reign didn’t suffer from perpetual stomach ulcers and nervous tics, I have no idea!

The story follows the opposing characters of Edward Seymour, brother to Jane of Jane the Quene, and clergyman Stephen Gardiner as they play the world’s most dangerous game of tug’o’war, with Henry VIII as the rope.  Seymour is on the side of religious Reformation and Cromwell, whereas Gardiner supports religious conservatism and Norfolk, and the two men machinate and manipulate in an effort to sway Henry to their way of thinking.

While Henry focuses on churning through his remaining wives like a starving man at the dessert trolley (and with similar choleric results), Seymour and Gardiner tapdance on the increasingly thin ice of his affections; which are increasingly at the whim of his infected leg and manic paranoia.  I read the entire book on tenterhooks, biting my nails, and fervently thankful that I don’t live in a time where a careless word or dicky leg could see me horribly executed on the flimsiest of pretexts.

I found I missed Jane’s steady, optimistic influence as much as poor Henry clearly did (and wouldn’t he hate that pity as his legacy!).  Whilst Edward was a far more sympathetic character than the obnoxious Gardiner, I found it hard to forget his dry-stick attitude towards Jane in the previous book, and therefore was not particularly disposed in favour of either man – which I was quite thankful for, as deeper emotional involvement would certainly have given me a nervous ulcer!

Janet Wertman has, once again, taken a fascinating, tumultuous, but well-trod segment of UK history and has brought it into a new perspective.  She has captured the feeling of walking on eggshells under the accusing eyes of an unstable monarch so effectively that I lived in fear myself throughout the read, and it really made me feel sympathetic towards those who lived this – noble and ‘common’.

Those looking for a historical rollercoaster through Henry VIII’s wives four to six will enjoy this two-sided story.  If you want wives one to three too, then buy Jane the Quene first: it is a gentler ride, alongside a far happier ruler.  Poor Henry!

“Were you there for Norfolk’s tantrum?” Sadler asked.
“Norfolk had a tantrum?” Anne broke in, surprised.
Norfolk had taken advantage of Cromwell’s absence to create a committee in the House of Lords to settle religious issues in the land.  Two days ago he had upbraided his committee in front of the King for not agreeing on anything.  Of course, the lack of consensus stemmed from fear of contradicting the King, but the stunt had driven the monarch back to conservative principles.
“It was all planned,” Edward said.  “It had to have been.  He proposed they boil everything down to six doctrinal issues.”

– Janet Wertman, The Path to Somerset 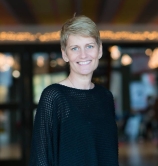 The Path to Somerset is available on Amazon right now, and you can check out my review of Jane the Quene here.