Blurb:  She wanted to find her place in the universe. She never imagined it might not be on Earth. 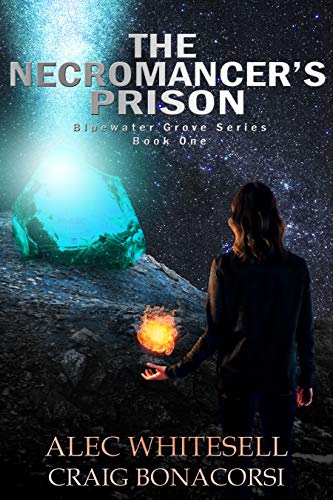 When Emily Murphy over slept the morning of her college entrance exam, she thought missing her test was the worst thing that could happen. She never expected she would wind up lost halfway across the galaxy, battling aliens with laser guns and mages hurling lightning.

Like most seventeen year olds, Emily’s main concern had been navigating the perils of high school, not surviving shootouts and sorcery. That changed when her school was attacked and a student was kidnapped. While everyone else smartly fled from danger, she recklessly ran toward it mounting an impossible rescue that would lead her on a journey unlike anything she could have imagined.

Dropped into a strange world teeming with merciless criminals and ruthless aristocrats, surrounded by violence and betrayal, Emily must untangle a web of intrigue and deceit to solve the mystery behind the abduction, save her classmate, and discover the destiny which awaits her.

It is either that, or die trying…

The Necromancer’s Prison is a fast-paced fantasy adventure for teen readers upward.

The main character is rebellious teen Emily Murphy, but the story also follows the viewpoints of her schoolmates, Mason and Quinn, and some of the other characters (friends and foes) who she meets along the way.  In fact, at one very memorable point in the story we get the same scene repeated from each of the different character perspectives, starting from the same moment each time to clue the reader in on the narrative switch!

These different perspectives could have been confusing, but in fact are handled well and allow us to get a more rounded story, as seeing events from only Emily’s viewpoint would not only mean missing vital moments, but would also mean seeing everything through a sheen of rage-fulled impulsivity – she does have a lot to be angry about.

There is plenty of action, magic and intrigue right from the start of the story, and the characters are individual and engaging.  There is a fair amount of death and violence, but nothing too graphic as to require a warning, and similarly, the small smattering of  romance is restricted to blushes and glances at this stage in the plot.  The reader is quickly whisked from the initial high school drama to more exotic, other-worldly, locations and I confess that I had to read the whole book in one go as I just couldn’t seem to find a ‘lull’ that would allow me to put it down!

My only minor gripe was the proliferation of descriptive words at the very beginning, which felt a bit like sensory overload as I was just getting to grips with the setting and characters.  However, the story was so enjoyable that if this continued throughout I can’t say I noticed – I was too engrossed in the unfolding events.

I would definitely recommend this to, not just teen and YA readers, but anyone who enjoys a great – good vs evil, lasers and magic, aliens and the undead – adventure story!

Emily opens her eyes.  Around her, order has evaporated.  Everyone else is on their feet looking to the exit, but too scared to flee through it.  She looks instead to her pencil.  The frost has gone.  The cold has gone.  Even her goose pimples have receded.

Did I dream it? she wonders.

The Necromancer’s Prison is available on Amazon right now! 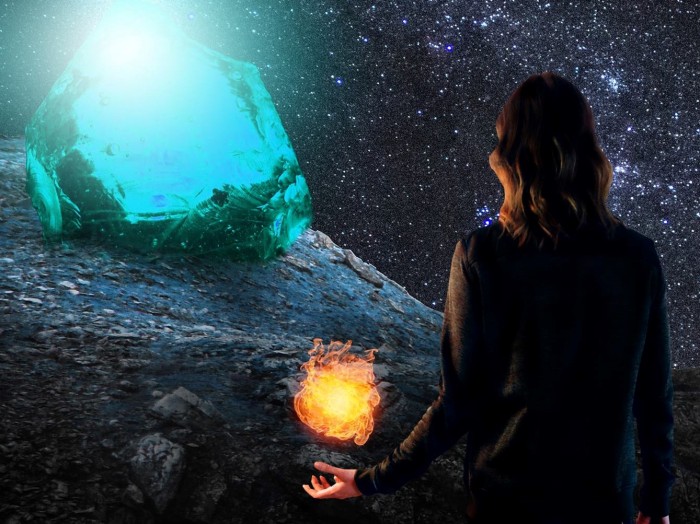