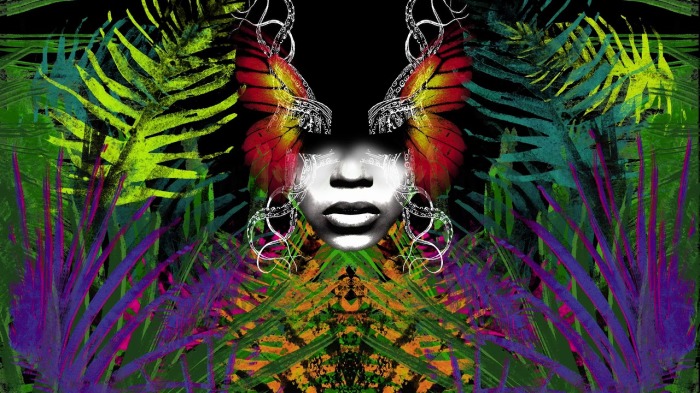 *I received a free copy of this book, with thanks to the author and Eye and Lightning Books. The decision to review and my opinions are my own.*

Blurb:  High priestesses are few and far between, white ones in Africa even more so. When Diane Esguerra hears of a mysterious Austrian woman worshipping the Ifa river goddess Oshun in Nigeria, her curiosity is aroused. It is the start of an extraordinary friendship that sustains Diane through the death of her son and leads to a quest to take part in Oshun rituals. Prevented by Boko Haram from returning to Nigeria, she finds herself at Ifa shrines in Florida amid vultures, snakes, goats’ heads, machetes, a hurricane and a cigar-smoking god. Her quest steps up a gear when Beyonce channels Oshun at the Grammys and the goddess goes global. Mystifying, harrowing and funny, The Oshun Diaries explores the lure of Africa, the life of a remarkable woman and the appeal of the goddess as a symbol of female empowerment.

This book wasn’t quite what I had expected, judging by the cover and description.

I imagined this would be a memoir of the author’s immersion in the Ifa religion and her spiritual experiences with the goddess Oshun, and to a certain extent this was the case.  However it is clear throughout the book, and explicitly stated in the Afterword, that whilst she is interested and intrigued by both Ifa and Oshun, Diane Esguerra remains sceptical of Ifa and its rituals and retains her strong commitment to Buddhism.

Instead, the main focal points of the story – and of Diane’s adventures – are the strong and vibrant (white) women she meets – Adunni and Vassa – who both have fully committed to Ifa and its practices and allow Diane access to the rituals and beliefs that they follow.  The author discusses within the book the problems around white women adopting African traditions and practices, but also firmly emphasises that these women are wholehearted and fervent in their beliefs and also in their respect for the people that they live among and their determination not to appropriate their belief system but instead to allow it room to flourish regardless of race or appearance.

Unfortunately, while Diane shares their respectful attitude, she clearly does not share their beliefs, and this shows as she holds herself at a distance from the rituals – half completing them, or completing them half-heartedly.  She appears keen to get more involved in Ifa from an anthropological point of view, but then in practice she finds the prayers and actions embarrassing and even tiresome, even as she acknowledges their apparent efficacy when completed correctly.

The result is a fascinating study of Ifa and two of the prominent Western women who follow it, but lacks some of the heart and spirit that I had hoped for given the author’s experiences with the river Oshun and the statues/shrines of the goddess.  I came away with an interest in finding out more about Ifa and Oshun, and a strong admiration for Adunni and Vassa and the work they do, but – like the author – I felt an emotional distance from the spiritual journey portrayed.

I was unaware, at the time, that this river was the Oshun River – the birthplace of the river goddess herself – or that it was her shrine I’d just entered.  But what I do remember, after bathing my upper body in the water, is being taken over by a powerful feeling of connectedness to everything around me; a kind of euphoric love-fest, the like of which I’d never known.

The Oshun Diaries is available on Amazon right now!