Blurb:  It’s been two years since glamorous and ambitious Violet Smith fell head-over-heels in love with blacksmith Jimby Fairfax, moving back home to the North Yorkshire village of Lytell Stangdale to be with him. 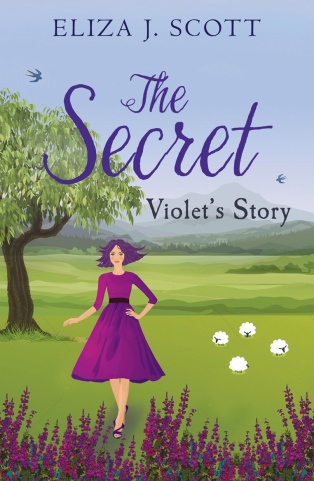 Life couldn’t get much sweeter. Their romance is blooming and Romantique – the business she set up with Jimby’s sister Kitty, designing luxurious underwear and burlesque costumes with the odd wedding dress throw in – is thriving.

But on a romantic weekend break, a face from her past triggers a series of events which send Violet into turmoil. She finds herself with no alternative but to reveal a secret she’s buried deep for the past sixteen years. A secret she hasn’t shared with anyone, not even her best friends, Kitty and Molly, and they share everything.

With the revelation forcing a wedge between herself and Jimby, heartbroken Violet fears that he won’t ever be able to think of her in the same way again and won’t want anything more to do with her.

As ever, Kitty and Molly rally round, offering their advice and support but Vi is worried that keeping her secret was just a step too far for Jimby.

Will she succeed in showing him their love is strong enough to overcome it?

This is the third book in Eliza J. Scott’s Life on the Moors series, but you don’t need to have read the previous two to enjoy it.

Those who have read The Letter – Kitty’s Story and The Talisman – Molly’s Story will be delighted to see all of their favourite characters returning for more cosy romantic mayhem and small village shenanigans.  Here are the cousins, swear-box Molly and sweet’n’shy Kitty with their respective other halves (nope…you’ll have to read their stories to find out more!), and of course Kitty’s brother Jimby, whose turn it is to take the romantic lead, as his previously-secure relationship with Kitty’s best friend Violet takes some sudden and unexpected turns.

There is the usual hilariously obnoxious behaviour from Aiofe and family, and Maneater Anita, and some slapstick from Jimby and his *ahem* rooster.  However, Scott is also not afraid to tackle serious and emotive issues.  Kitty struggled with an abusive relationship, and Molly faced a crushing bereavement, and now Violet has to face the repercussions of some poor decision-making in her past.

I have to confess that whilst I loved returning to Lytell Stangdale and the gang, I found it hard to take Jimby seriously as a romantic lead character: I’ve grown too comfortable with him as an adorable, if hazardous, brother-figure.  That said, his relationship with Vi is super-sweet… possibly the loveliest in the whole series so far, so I don’t think he’d be too upset that I have friend-zoned him!

These books are perfect for anyone looking for some cosy romance in a rural village setting, and I hope that Eliza Scott has more up her sleeve for Lytell Stangdale yet.  It would be nice to see the younger generation start to come to the forefront of their own stories, for example (Anoushka, hint hint!).

He wrapped the white cloth napkin round the neck of the bottle and started to ease the cork out.
‘Good plan, but be careful where you aim it.’
‘”Careful” is my middle name.’
‘I’m not so sure about that.  Anyway, I’ve lost track of the amount of “middle names” you’re supposed to have had.  Wasn’t it “Quiet” last week – which, incidentally, you weren’t, and never actually are?’
‘How about “Sex God”, then?’
‘What?’
‘James “Sex God” Fairfax; has a certain ring to it, don’t you think.’
‘In your dreams, buster.’ 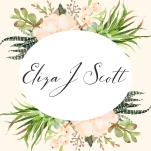 The Secret is available on Amazon right now and you can check out my review of The Talisman here!

Don’t forget to stop by the other blogs on this tour (see the poster below for details) for more great content and reviews! 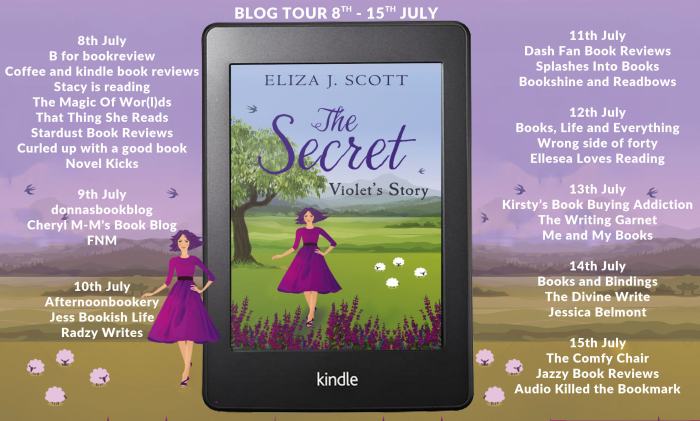