An exciting day today, as it is the release date for Joanne Nicolson’s new novel Only the Lonely and I am honoured to be hosting a guest post from the author. 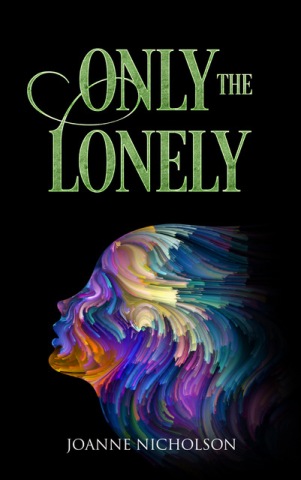 Blurb:  After Tiffany is orphaned on the night of her 18th birthday, she discovers, as the sole heir to her parents’ estate, she has inherited a frozen embryo from when they did IVF to have her.

Feeling lost, alone and longing for a sense of family, Tiffany can’t bring herself to destroy or donate the embryo. Instead, she decides to be impregnated with her biological twin. A legal battle ensues over whether the embryo is a person or property and the ethics of whether it is acceptable to give birth to your own sibling.

Set in Australia, this contemporary fiction novel is full of emotion, dilemmas and unexpected friendships, as Tiffany forges a new life without her parents.

Now here is Joanne to tell you all about her latest book, her inspiration and the process of bringing the plot to life…

Thanks to Steph for handing over the reins of Bookshine and Readbows today for me to do a guest post. Let me introduce myself – I’m Joanne Nicholson, an Australian contemporary women’s fiction author. Today is the publication day for my fourth standalone commercial fiction novel ‘Only the Lonely’, which is available as a paperback or kindle ebook on Amazon.

The main character in ‘Only the Lonely’, Tiffany, finds herself orphaned on the night of her 18th birthday party when a drink driver kills her parents. As an only child she is the sole heir to their estate. She discovers that she has inherited a frozen embryo from when her parents did IVF to have her. Feeling lost and alone and missing a sense of family, Tiffany can’t bring herself to destroy or donate the embryo. Instead, she decides to have it implanted in her so she could give birth to her biological twin. The fertility clinic refuses to treat her based on ethical issues, forcing her to sue them, which raises the questions of whether the embryo is property or a person and whether it is ethically correct to be the mother of your sibling.

The inspiration for this book came about a few years ago when I was at the hairdressers reading a trashy magazine. There was a story about a couple in Tennessee, USA, where the twenty-five year old woman had just given birth to a baby that was a donor embryo that was conceived twenty-four years prior, making the baby’s conceptions only a year apart from her own. She talked about the fact that had the baby been born straight after conception that they could have possibly grown up as friends.

Realising that at eighteen, someone is viewed as an adult and can undertake IVF without requiring consent and knowing that it was possible that my character could have a viable pregnancy with a frozen embryo that was the same age as her had me excited to start writing this book. As an author, I know when an idea is going to journey down the path of becoming a novel when it keeps me awake at night. It constantly prods at my consciousness until I start to write the manuscript.

I started to research the rights of embryos and was led down a rabbit hole of legal cases in the USA. One case that stuck with me was where a son was contesting his mother’s will, as she had left a portion of her estate to be divided evenly between all her grandchildren. As the son and his wife had frozen embryos, he wanted there to be provision for these embryos to be left their portion of the estate, even though they had not been implanted and were not alive at the time of his mother’s passing. This insight led me to think about not only whether it was viable for my character to have the baby, but the legal implications of giving birth to her sibling.

Having daughters who are a similar age to Tiffany, I know first hand how challenging it is for them to navigate a normal coming of age, deciding on their future endeavours and beginning university. I believed that if I built on this experience and heightened it with the grief of being orphaned at the age of eighteen, along with the loneliness and isolation the character would feel, it would be plausible that she would consider implanting the embryo to give birth to the last remaining link to her family.

‘Only the Lonely’ is set in the northern suburbs of Sydney, Australia and contains court cases pertaining to the drink driving case regarding Tiffany’s parents’ deaths and another case where Tiffany sues the fertility clinic after they refuse to give her treatment based on the grounds of ethical issues. Writing court case scenes, when thankfully I haven’t had to be involved in courtrooms, was challenging and I had to do a lot of research regarding the procedures for each different type of court. While wanting to keep it authentic, I also wanted to make sure I didn’t get bogged down in too much legalese and to ensure the story kept pace. After watching too many American crime shows, I had planned on having the judge dramatically bang his gavel down to get order in the court. I was disappointed to find out that gavels have never been used in Australian courts. Thankfully a trusted friend, who is a lawyer, read through my draft manuscript to ensure I had authentically replicated the court rooms and the order of proceedings.

The process of writing this novel is much like the progression of a pregnancy. It started with a kernel of an idea, grew with interesting research, developed into a story and then was ready to be born after editing. So today I’m pleased to welcome to the world my new baby, ‘Only the Lonely’.

Thank you so much, Joanne, for this sneak peek into the world behind the pages.  This book sounds totally fascinating and I am so excited to be able to also bring you all a review soon!

Only the Lonely releases on Amazon today! (13th June)

One thought on “Guest Post: Only the Lonely – Joanne Nicholson”