Blurb:  Welcome to a world of cruelty, hexes and treachery, where malicious magic rules and you are but a single necromancer’s spell away from eternal terror.

From malevolent medieval magicians to Wild West witches, this spellbinding volume by a master of the macabre is packed with frightening fables guaranteed to send a supernatural chill down your spine.

If you’re thrilled by exciting dark fantasy tales, with cunning twists, edge-of -the seat tension and unexpected shivers, you’ll love Game of Crones. Pick it up today. If you dare…

Game of Crones is a collection of eight short stories that feature the dark and dangerous aspects of witchcraft through the ages.

The blurb accurately describes and sums up the contents here: there are witches, seers, hags, necromancers, a Cassandra, a Pandora, curses, potions, rituals and poisons.  The overarching theme celebrates the wily intelligence and precarious favour of women with power; following traditional fairytale and folklore templates, but often adding a new and unexpected twist to a familiar tale.

I particularly enjoyed the shivers I got from ‘Clutching at Straws’ and ‘Suggestion of Evil’ which cleverly channel the reader’s own imagination against them to highlight and magnify the horror presented.  Some of the attitudes in the stories are disconcertingly un-PC (in ‘Prince Charming’, for example) but the attribution of such thoughts and feelings are reasonable in the context of the character perspectives and the periods in which the stories are set.  These are not modern, but medieval horrors.

“I have a patient to urgently examine.  A young woman.  She was one of the few to live through the earthquake.”
“Oh yeah, and what’s so damned important about her?”
Geoff paused for a second, aware how bizarre it would sound.  He let out his breath in a low hiss.
“They claim,” he said, “that she caused it.”

– Jay Raven, ‘Quaking with Fear’ in Game of Crones 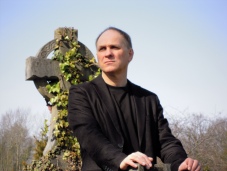 Game of Crones is available on Amazon right now, and don’t forget to pop by the other stops on the tour for more great reviews and content!  Details are on the poster below… 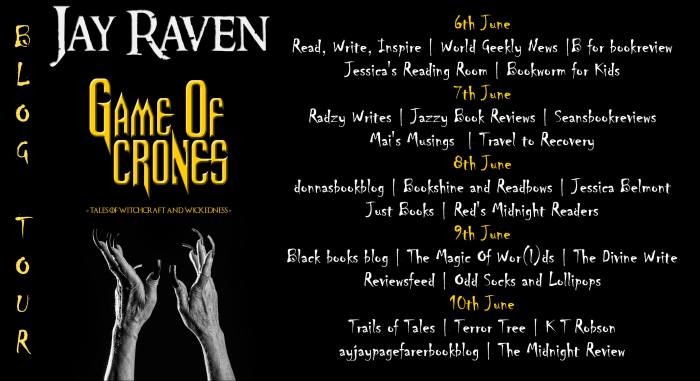