*I received a free ARC of this book with thanks to the author.  The decision to review and my opinions are my own.*

Blurb:  Heal yourself or save the people you’re sworn to protect? 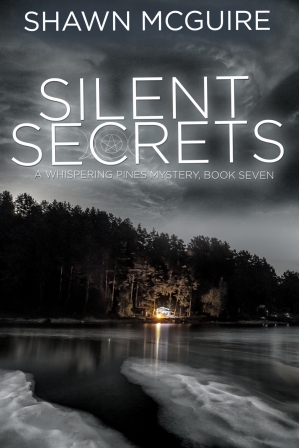 In Whispering Pines, even the quiet time of year can be deadly.

As fall heads toward winter, the village of Whispering Pines settles in for the quiet time of year.
Jayne O’Shea isn’t so sure about this. What’s a sheriff supposed to do with herself when there’s nothing going on? Pick up knitting? Then a brawl breaks out in the local pub during the Thanksgiving gathering and a patron is critically wounded.

Certain that the most obvious suspect isn’t the guilty party, Jayne works her way through a long list of suspects. It’s got to be one of the vigilantes who arrived to save the village from “the lady sheriff who doesn’t know her job.” But it could be someone from the growing group of villagers who aren’t so happy with their sheriff’s performance. All Jayne knows is that if she doesn’t get a handle on things, it might be time for her to turn in her badge.

This is book 7 in the Whispering Pines mystery series and I would recommend reading the books in series order as there are a lot of long-running plot points that reappear in Jayne’s latest adventure.

There appears to be less ‘woo woo’ in the Pines in wintertime, with only a couple of minor visions, protection spells and a little bit of a ritual.  Perhaps it is because Morgan is otherwise occupied (literally) and the other residents are hunkering down for the off-season?

No off-season for Sheriff Jayne though, as some out-of-season out-of-towners have blown in and tempers are blowing up all over town.  I was disappointed at the constant snapping and snarling between Jayne and Tripp, but not surprised at it reflected the general mood, with Flavia and Reeva at each other’s throats and a boys vs. girls standoff between the visitors.

I really liked the two different groups of visitors: the rowdy couples with their plethora of personal problems against the strong, silent, supportive band of sisters (figuratively speaking).  Obviously with this being Whispering Pines, everyone brought some secrets to the table and the real puzzle was working out which ones were relevant when someone got seriously hurt.

If you enjoy a good cosy mystery with a real sense of community and a wider backstory then grab a coffee and muffin from your friendly neighbourhood kitchen witch and settle in for some Pine Time!

On the single worst day of my professional life, my partner, Detective Randy Ketchum, shot and killed our unarmed informant, Frisky Fox.  But why was I dreaming about that incident now?  And why was my mind combining that day with the events of last month?
“No, I don’t need to analyse it,” I snapped.  “My subconscious is letting me know, over and over, what can happen if I trust people when my gut tells me–”
In a flash, I understood why the events combined.  No wonder I was having nightmares about Frisky.
“What’s the matter?” Tripp asked.
I sighed before saying, “This week is the one-year anniversary of Frisky’s death.” 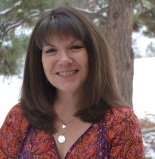