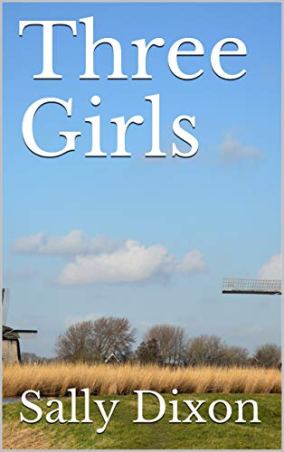 Blurb:  Three young women, three loves and three lives that are about to be changed forever. Caught up in a dangerous tide of extremism and racial tension, will Marianne, Sadime and Bea find what each of them craves?

Marianne is Scottish and seconded to a large multinational company in The Hague. Bright, attractive and with a high-flying job. She has it all – or does she? It’s not easy bringing up a young son on your own and she’s still struggling to get over a disastrous relationship – and then Logan arrives on the scene.
Bea and Sadime are old school friends and work for the same multinational as Marianne. Bea is Surinamer but she was born in Holland and benefited from a good education and an outward-looking family – that is until her brother was radicalized at the local mosque.
Sadime has fallen in love with a young Dutch boy but this is anathema to her strictly fundamentalist parents. They want to force her into an arranged marriage.

I had somewhat mixed feelings about this book.

I had expected a female-centric narrative based on the title and blurb, and so was surprised to find that the story opened with Logan’s point of view, then Hassan’s.  We did hear directly from Marianne and Bea as the story progressed, but I felt that Logan was the ‘main character’ here as he linked the different narrative threads together and we saw a fair amount of his view of events.  Sadime mainly featured in the narrative of others rather than in her own words, which had a strange irony as her words weighed heavily in the context of the story.  The stories of the titular ‘Three Girls’ are told through their own eyes to some extent, but also through the filter of the men in their lives: the boyfriend, the brother, the boyfriend’s father.  This technique, whilst unexpected, gave the reader insight into the issues from a variety of different perspectives.

There are two main threads to the plot here: one investigating a possible terrorist threat on a large company; the other a more intimate exploration of the troubles faced by young immigrants (male and female), battling with the contradictions between their new and old cultures.  There is also a rather sweet romantic thread which added some familial warmth and lightness to contrast with the darker aspects of the story.  The sections featuring Marianne and Duncan were my favourites due to the love and respect that permeates the relationships.

This book brought up a particularly interesting train of thought for me, about the portrayal of Muslims, in general and within this book.  In the story, the Muslim characters who regularly attend the mosque and adhere to the teachings of Islam are dangerous extremists.  The moderate and sympathetic Muslim characters have all rejected, or are in the process of questioning, their historic culture and faith in favour of Western mores and ideals.  Obviously we only see a very small number of characters in the book, and they follow the paths that the plot requires, but it did raise some important topics about depictions of certain religious or racial groups within fiction.

The story is steeped in the history and traditions of Holland, with a strong sense of the unique setting and people: the author clearly shows great familiarity with, and affection for, both.  The plot is a mixture of action and mystery, romance, and a lot of human interest.  The racial and religious tensions feel very timely in the current climate and Sadime’s story in particular adds to the growing number of female voices drawing attention to their treatment and demanding better.  I think this would be a great book to read for a book group as there is so much to discuss here, and would also recommend it to those who enjoy stories about people, not just women/girls.

Logan waited patiently as Marianne appeared to be on the edge of elaborating further.  She abruptly turned away, staring abstractedly out of the windscreen again, her profile etched by the weak winter sun.  Her voice when she spoke, carried an edge of regret.  “It’s just that one of the things I always loved about Holland when I used to come and visit with my mum and dad was their open-mindedness as a nation – you could be anything you wanted here… and now I feel all that is being torn apart.  On the one side there’s the militant far-right faction and on the other Islamic insularity and intolerance.” 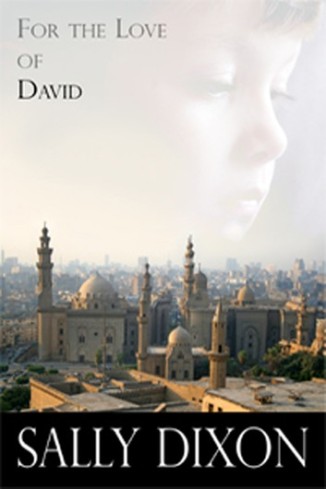