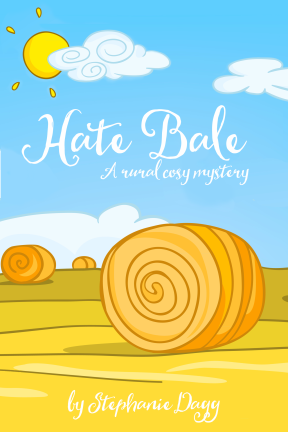 Blurb:  Grumbling guests and escaping piglets are precisely what Martha doesn’t need. She’s already struggling to run a holiday cottage and a rather large smallholding single-handedly. Since her husband Mark died, three years ago, her rural property in France, beautiful as it is, has become an increasingly heavy millstone around her neck.

So whilst she’s horrified to stumble across a corpse at the local farm supplies shop, it does at least distract her from her own woes. Best friend Lottie swoops in to offer moral support, and encourages Martha to join her in some unofficial sleuthing. Meanwhile, police officer Philippe Prudhomme, a former fellow chess-player of Mark’s, undertakes a rather more professional investigation.

However, the killer remains at large. And when more bodies (one and a bit, to be precise) come Martha’s way, it definitely feels like he’s closing in on her…

There’s humour, suspense and excitement in this entertaining cosy mystery set in the French countryside.

Martha is in her fifties and struggling to manage her smallholding in France since the death of her husband.  At least he died of natural causes though!  As the nefarious deaths begin to stack up around her it soon becomes clear that marauding pigs and argumentative holidaymakers are the least of her worries with a serial killer around who appears to have a grudge against farming folk.

Martha is a lovely main character – very human in her impulses and grumbles, and yet totally endearing as she charges around with oodles of bravery, curiosity and good humour.

Considering the light, rom-com style of writing, the murders here are quite shockingly violent: far more inventive than the commonplace bonks on the head, guns or knives.  Still Martha displays the kind of poise you would expect from a woman used to the cycle of birth and death on a farm, and devotes a fair chunk of her time to cycling and her eccentric friend, Lottie.

I was a little bit disappointed that I didn’t guess whodunnit here, but thoroughly enjoyed the chaotic, almost slapstick, climax and the resultant heroics from expected and unexpected sources.

I would recommend this for anyone who enjoys their cosy mysteries with a sense of humour and a touch of realistic romance.

Fortunately, on the whole Martha was good in a crisis.  She’d get the shakes all over but her brain and composure were unaffected.  This was why she’d coped so well when a five-year-old Jared had face-planted on a set of concrete steps outside the Beaver Scout Hall and knocked out six front teeth (fortunately all milk ones) and broken his nose.  There’d been copious amounts of blood, and even more of general wailing and screaming from the other witnesses to the event who’d been no help whatsoever.  Martha had remained cool and calm, and kept her son the same, while dealing efficiently with the aftermath.

Hate Bale is out on Amazon today! 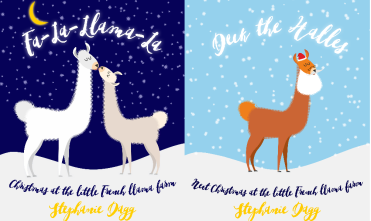