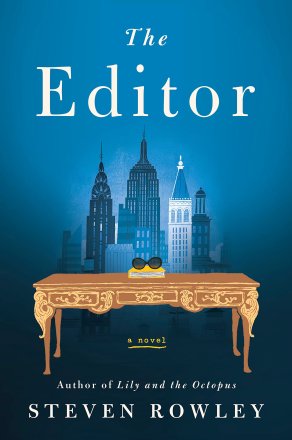 Blurb:  After years of struggling as a writer in 1990s New York City, James Smale finally gets his big break when his novel sells to an editor at a major publishing house:none other than Jacqueline Kennedy Onassis. Jackie, or Mrs. Onassis as she’s known in the office, loves James’s candidly autobiographical novel, about his own dysfunctional family.

As Jackie and James develop an unexpected friendship, she pushes him to write an authentic ending, encouraging him to confront the truth about his relationship with his mother. But when a long-held family secret is revealed, he realises his editor may have had a larger plan that goes beyond the page…

The Editor is intense… well, the main character, the author James Smale is intense!

It’s almost like he is having to learn how to be human.  How to talk to people, how to have relationships with people.  Every nuance, every expression, every silence is analysed and agonised over in minute detail; pulled apart more thoroughly than his editor might his text.  Relationships are a closed book to James and he pours all the love, anger and sadness he feels for his loved ones into his manuscript.

Jacqueline Kennedy Onassis (JO) is treated very respectfully in the story, as an editor and as a woman.  Whilst her role is important to the story, it is also a side-part:  she is not just Smale’s editor but his psychotherapist and mentor.  The best comparison I can think of is the ‘God’ role that Morgan Freeman often seems to play in films!  JO appears to dispense wisdom, insight and cryptic commentary, then vanishes again and we know not what existence she has outside of the author’s encounters.

This is a deeply intimate insight into one man’s battle to find his place in the world, in his relationships, in his own skin.  The other characters (his mum, JO, Daniel) begin as just that – characters in the theatre of his own internal monologue – and as he develops through the course of the narrative he slowly and painfully attempts to separate and individualise them as people outside of his scope of control, that he can communicate with verbally and physically instead of just mentally (and his father is the most painful example of this particular habit).

I really enjoyed the insight into the writing and editing process, and wanted more of James’ relationship with Daniel and his siblings as these felt warmer, lighter and more natural than his anguish over his parental figures (including Mrs Onassis).  Whilst the book was well-written I found myself frustrated with the level of emotional drama and angst Smale brought to every minute – it exhausted me and made his character seem almost juvenile; I almost expected him to slam doors and scream ‘I hate you!  You ruined my life!’ every time his mother failed to react the way he hoped she would.

The Editor is an interesting, emotionally-draining read with a great concept and an intensely self-focused protagonist.  Fans of literary historical fiction with a tight focus on family dysfunction will enjoy this book.

I scramble to my feet, knocking a knee against the table with a deafening whack.  And even though I want to scream out in pain, to sink back into the chair and massage my leg, when she turns around and I meet her gaze, I stop.  And then, strangely, I begin to bow.
Because… because… I don’t know the protocol.

The Editor is available on Amazon right now! 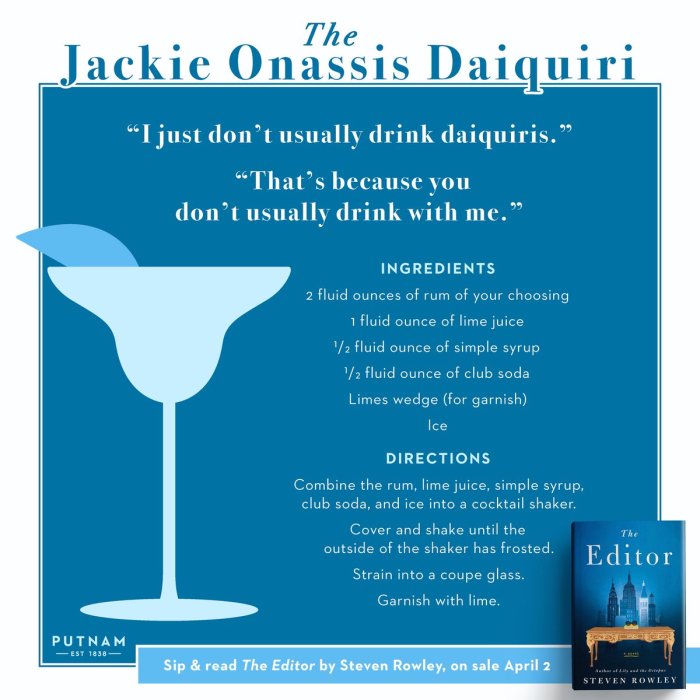