*I received a free copy of this novel, with thanks to the author.  The decision to review and my opinions are my own.* 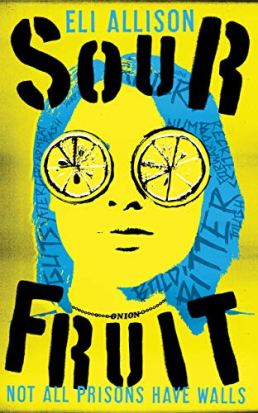 Blurb:  Onion is snatched. She wakes up chained to an armpit of a river city, earmarked for a skin-trader called The Toymaker. Surrounded by a creeping rot she has just three days to escape before the sold sticker becomes a brand.

Forced into a knife fight with a world that has just pulled an AK47 on her, all Onion has to fight with is; a sewer for a mouth, a rusted up moral compass and a spanking anger that can sucker-punch kindness at twenty paces. She might survive but probably not.

Sour Fruit is a dark dystopian novel set in northern Britain, in a river city called Kingston; a rotting scrap yard of misery. The VOIDs are forced to live there not by walls or fences but by being invisible in the new digital world.

The novel explores ideas about what is home, how friendship can come from strange places and the debts we can’t ever pay back.

Sour Fruit took me a little while to get into, as the story is told by Onion and we are pretty much thrust straight into the action with her, stumbling to keep up with the patois and slang of an entirely new societal structure.

However, once we regain some sense of orientation (poor Onion takes a lot longer to find her feet!) then…WOW!

This is Is for adults; a twisted Oliver Twist; 1984 on acid and A Clockwork Orange on crack.

Onion makes an amazing narrative protagonist: spiky and street-smart and yet still clearly childishly vulnerable and naive.  My heart broke for her again and again, even as she proved her resilience and proclaimed her independence.  She is exasperating and thoroughly admirable in equal proportions and I could read about her endlessly.

Most of the other characters are a split between endearingly pitiable or outright horror:  Nails, Teddy, The *shudders* Toymaker.

Obviously trigger warnings abound – this is not a book for the sensitive of heart or stomach.  Full of bad language; the dipping procedure is appalling; the whole plot hinges around child abduction for the purposes of torture and sexual slavery; there is graphic violence (physical and sexual); and the Toymaker section is… well… indescribable.  Ugh.

The framing narrative of the ‘medical’ audio-recording and the mystery surrounding it is a gripping hook to draw the reader eagerly into the next instalment but most will be sufficiently invested in Onion to follow her anyway.

If you like your dystopian sci-fi gritty, gory and with an acid-sharp edge then Sour Fruit is definitely your poison of choice.  Hold tight to your INC, pinkies, and avoid that dip-debt!

One minute I was asleep; the next, a hand covered my face.  A needle in my neck.  The covers twisted between my thighs.  I was dragged out of bed.  I kicked, fought to get free, grunted for help, but…
The last thing I saw was Chats.  Chats who kept dead ladybirds in jars around her bed, who’d tap at the glass with bitten-raw fingernails.  Chats who only ever wore eye-itching pink.  Chats the silent.  I liked her.  She just lay there, her eyes carved closed, the drip, drip, drip of piss soaking through her mattress.
I don’t remember being dumped into a black hole but I know it must have happened because that’s where I woke up.  Grasping around for my blanket, I was cold, cursing Vera for not switching the heating on.  Then the flash of a hand.  I screamed.  But it was nothing.  Nobody was grabbing me… Just a nightmare… It was all OK.
But when I opened my eyes, it wasn’t.

Get your own copy of Sour Fruit on Amazon right now! 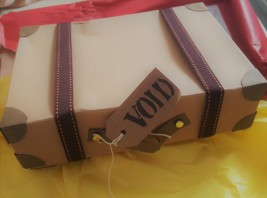 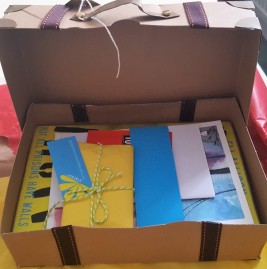 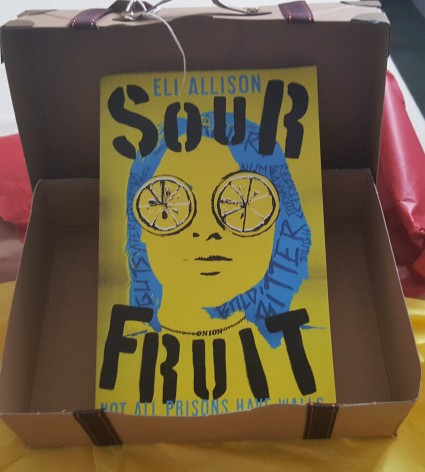