*I received a free ARC of this book, with thanks to NetGalley and Penguin Random House. The decision to review and my opinions are my own.* 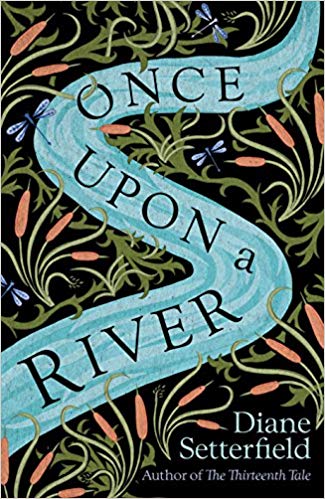 Blurb:  On a dark midwinter’s night in an ancient inn on the Thames, the regulars are entertaining themselves by telling stories when the door bursts open and in steps an injured stranger. In his arms is the drowned corpse of a child.

Hours later, the dead girl stirs, takes and breath and returns to life.

Is it a miracle?

And who does the little girl belong to?

Once Upon a River is a beautifully woven fairytale drama in which the scientific and factual is placed beside the fantastic and unexplained and the witnesses (including the reader) choose their story.

For this story is primarily about stories.  It is about how stories shape us and are shaped by us; and how they take on a life of their own; and how humans need stories, especially when the nights draw in and times are hard.

Obviously the river is also a central theme, not only carrying various characters along on their adventures and providing a powerful natural backdrop to events, but also symbolising and encompassing all of the other themes of the book: life, death, emotions, childbirth – the river gives and takes, runs high and runs red.

The story started at The Swan and told over the course of a year follows a young girl fished from the river, not alive but not dead either.  We see the community ebb and flow around this small catalyst as the mysteries deepen and people’s lives are turned to flow in a different course.  Could she be Amelia, abducted from the rich and unhappy Vaughn’s two years earlier?  Or Alice, abandoned and neglected to a deathly fate in the river, unknown to and unknowing of the loving grandparents searching for her?  Maybe she is Ann, the little sister who haunts her sibling’s worst nightmares?  Or a lost child of the river gypsies?  Or maybe even… well, strange stories are told on dark nights and anything seems possible!

The author carefully presents reasonable and logical explanations for most of the occurrences in the book (eventually).  And yet.  And yet… somehow the only possible answer does not always feel like the right one.  I guess it is human nature to prefer a good story over any number of cold, hard facts!  I love that Diane Setterfield allows the characters, and readers, to come to their own satisfactory conclusions and that there is plenty of scope for all of the stories contained within this one.

This is a gorgeously well-written story that I could return to again and again, and I certainly recommend it to fellow storylovers.  I could certainly stand to read much more of Bess’ eye and The Swan’s stories, and the mystery-solving midwife!

It was Joe’s first night back in the winter room after one of his sinking spells.  He was pale and had been silent all evening.  Nobody expected a story from him in his frail state, but at the prompting of his son, he smiled mildly and looked up to a high corner of the room where the ceiling was darkened from years of woodsmoke and tobacco.
This was the place, Jonathan supposed, where his father’s stories came from.  When Joe’s eyes returned to the room, he was ready and opened his mouth to speak.
‘Once upon a–‘
The door opened.
It was late for a newcomer.  Whoever it was did not rush to come in.  The cold draught set the candles flickering and carried the tang of the winter river into the smoky room.  The drinkers looked up.
Every eye saw, yet for a long moment none reacted.  They were trying to make sense of what they were seeing.

– Diane Setterfield, Once Upon a River 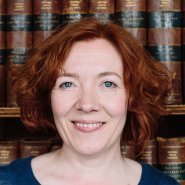 Once Upon a River is available on Amazon, and in all good bookshops, right now! 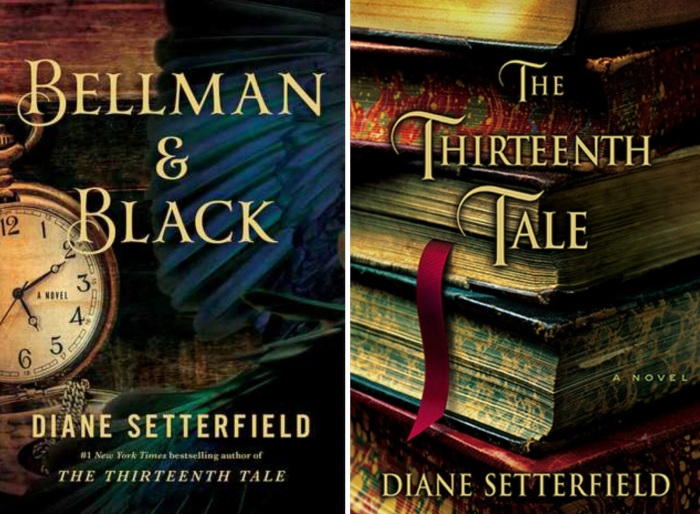 5 thoughts on “Once Upon a River – Diane Setterfield”