*I received a free copy of this short story, with thanks to the author.  The decision to review and my opinions are my own.*

Blurb:   Two foresters find a little dog sitting beside the forest haul-road way out in a remote part of the forest. What is the little dog doing there? As the narrator, a young Bill, tries to ascertain who is his unsavoury workmate, the little dog disappears. Then suddenly events take an unexpected turn and our young naive Bill starts to learn some awful truths.

The author introduces the tale by explaining that it originated with a group of friends telling stories and that he would be recounting a few as Red Grouse Tales, of which this story was one.  Then the story opens proper with Bill telling his friends a story over drinks.  The actual plot of the story is then relayed by Bill.

The story itself is a short one and reminiscent of a particular kind of ghost-story style, which is also usually ‘told’ by an involved narrator.  This similarity was heightened by the apparently supernatural appearances of the titular animal and the growing sense of foreboding about Bill’s very unpleasant colleague.

This is Christian fiction so the plot turns more to the spiritual than spirits as it progresses and there are large chunks of religious philosophy and moral speculation throughout the story as the young Bill struggles to make sense of events through his beliefs.  This morality also permeates the mystery plot at the heart of Bill’s tale.

I find the idea of a series of thematically linked tales fascinating; very Canterbury Tales, but felt the religious aspect here was a little more prominent than I would generally select for my own personal reading.  For those who enjoy Christian fiction with a darkly suspenseful plot then this is the ideal short story and it is one of a series of similar tales.

“I remember I didn’t like him,  You always got the feeling that he was trying to be your best mate, though you knew full well he had no intention of being so and in fact didn’t care less about you.  Yes, he could smile and joke though he rarely did, but both had a hollow ring which suggested that he was trying to be funny, trying to be one of the lads, which he just wasn’t.  There was also something greasy about him, so I didn’t trust him one bit either; and if that lot wasn’t enough, he was also one of the world’s bullies and could have a nasty temper, and I was just learning that this was the chap that Peterson, my manager, was pairing me with for the next week”.
So began Bill’s story.

The Little Dog is available to buy on Amazon right now! 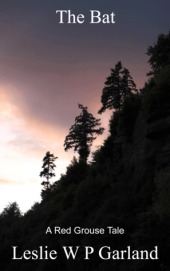