*I received a free copy of this book via NetGalley.  The decision to review and my opinions are my own.*

Blurb:  Have you ever played two truths and a lie?

It was Emma’s first summer away from home. She made friends. She played games. And she learned how to lie.

Then three of her new friends went into the woods and never returned. . .

Now, years later, Emma has been asked to go back to the newly re-opened Camp Nightingale. She thinks she’s laying old ghosts to rest but really she’s returning to the scene of a crime.

Because Emma’s innocence might be the biggest lie of all. . .

Last Time I Lied is every urban legend, every campfire ghost story, every slasher horror flick that ever made you lie awake listening to the bumps in the night and beg someone to accompany you to the toilet.

The plot is utterly compelling and the author led me round by the nose.  I fell for every red herring and double feint he dangled.  Riley Sager’s knowledge of human psychology is excellent!

The story is told mainly from the first-person viewpoint of Emma, an unreliable narrator.  We are flipped back and forth between the present action and flashbacks of the events fifteen years prior.  Sometimes this can get confusing, but in this book the author clearly captures a different atmosphere in each: the heady, hormonal drama of the shimmering summer past and the dark paranoia of the now.

Emma is a reserved and defensive character, and yet somehow still likeable and I was on her side even as I side-eyed her.  I understood and sympathised with her struggles and wanted her not just successful but vindicated.

All of the characters, including Emma, are suspicious and unpredictable and I didn’t trust a single one of them; adding to the disturbing schizophrenic fear that pervades everything from setting to characters and plot.

Perfect for fans of psychological suspense thrillers, I suggest you allocate yourself a decent chunk of time for this one, because you’ll want to read it in one sitting!

Fifteen years.  That’s how long it’s been.  It feels like a lifetime ago.  It feels like yesterday.
The camp closed early that summer, shutting down after only two weeks and throwing lots of families’ schedules into chaos.  It couldn’t be helped.  Not after what happened.  My parents vacillated between sympathy and annoyance after they picked me up a day later than everyone else.  Last to arrive, last to leave.  I remember sitting in our Volvo, staring out the back window as the camp receded.  Even at thirteen, I knew it would never reopen. 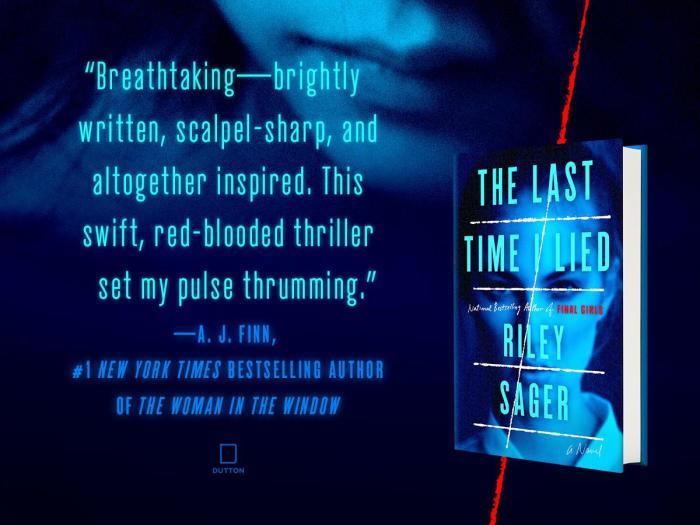