*I received a free review copy of this novel via NetGalley.  The decision to review and my opinions are my own.* 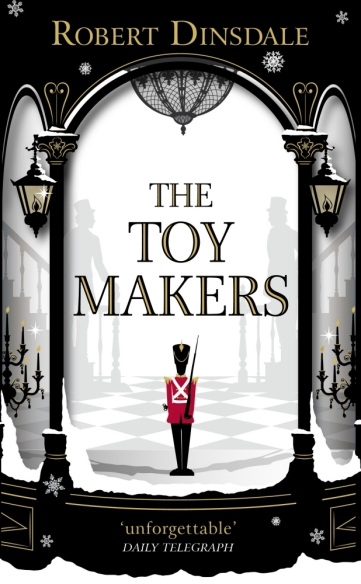 Blurb: Do you remember when you believed in magic?

It is 1917, and while war wages across Europe, in the heart of London, there is a place of hope and enchantment.

The Emporium sells toys that capture the imagination of children and adults alike: patchwork dogs that seem alive, toy boxes that are bigger on the inside, soldiers that can fight battles of their own. Into this family business comes young Cathy Wray, running away from a shameful past. The Emporium takes her in, makes her one of its own.

This book is an intense read, rather than a quick or easy one.

The reader is plunged deep into a world of magical realism in the form of the wondrous Emporium and its amazing toy displays, but as we follow Cathy into the Godman family’s domain we find that the cloud castles and flying reindeer are covering a darker path of war and betrayal; both historical and personal.

It feels like there are multiple books contained under one cover, from the fairytale opening night at first frost, through the realities of the trenches and shell-shock, to a slow creeping deterioration, which could be seen to reflect a personal journey from the wonders of childhood, through harsh adult reality, to the slow, sad, nostalgic slide into old age.

The layers of symbolism, laced together with the magical realism, are reminiscent of both The Night Circus and The Miniaturist, both of which this book has been compared to, and the books do all share the same eerily dreamlike style and atmosphere.

I found that my engagement with the characters was at an intellectual level, rather than an emotional one, so whilst I empathised with their struggles and hopes, I was not personally invested in the outcomes, and was happy to simply ride the story through to the end as an interested observer.  I believe that this is a function of the detached, almost formal, voice of the author, even when inside his characters’ point of view.

Definitely recommended to fans of Erin Morgenstern and Jessie Burton, who like their stories to be exquisitely crafted, historically based, fantastical fancies with a deeper moral-philosophical underpinning.

These simple toy soldiers, these lifelike recreations on which the Emporium has built its Empire, these playthings that have sat upon the shelves for as long as the store has existed, who have provided generations of boys with untold delights, have, for the very first time, lain down their arms.
‘They have surrendered,’ she whispers….

The Toymakers will be released on 8th February 2018, but you can preorder it on Amazon here.

One thought on “The Toymakers – Robert Dinsdale”